With the letters filled in, the answer was Peter Tatchell. The lady in question was horrified to say the least.

When she brought this to the manager of pub itself, he responded: ‘I have phoned the company who own the machine and alerted them to the insensitive content. He is temporarily having the machine in question removed and swapped with a different brand of pub machine at a later date.

Peter Tatchell, a veteran homosexual in the grand scheme of things, and also a human rights campaigner, said: “Yes. That’s a bit of bad taste.”

Games Warehouse, the developer of the game, have said they wanted to make an apology to Tatchell. Spokesman Nick Hardy said: ‘Guided by my colleague, our commercial director Andrew Henson, we say sorry unreservedly to Mr Tatchell and stirred immediately to correct the situation’.

‘We completely share the offended Lady’s concerns in respect of the upsetting question in "Pints Make Prizes" and are distressed and annoyed that the developer of that game even deliberated including such an item in the game’.

The offending question has now been removed from their questions database and a software update is being rolled out to all the affected machines throughout the country. The creator of the Pints Make Prizes game is no longer employed by the company either.

At Maxicoin, we don’t offer any homophobic pub machines of any kind, though I doubt the other company were actually conscious of it before the incident occurred. It’s probably not the most PC way to make a joke to the player though. We here at Maxicoin are a family run business based in Blyth, Northumberland supplying quality Amusement and Gaming Equipment.

We offer a friendly and personal service which you don't usually get with larger companies. We guarantee to beat any other suppliers quote without compromising the quality of the equipment or the service provided.
back to top

Written on 09 September 2015. Posted in Other stuff 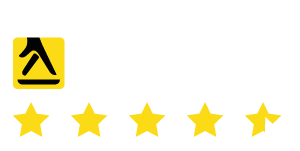